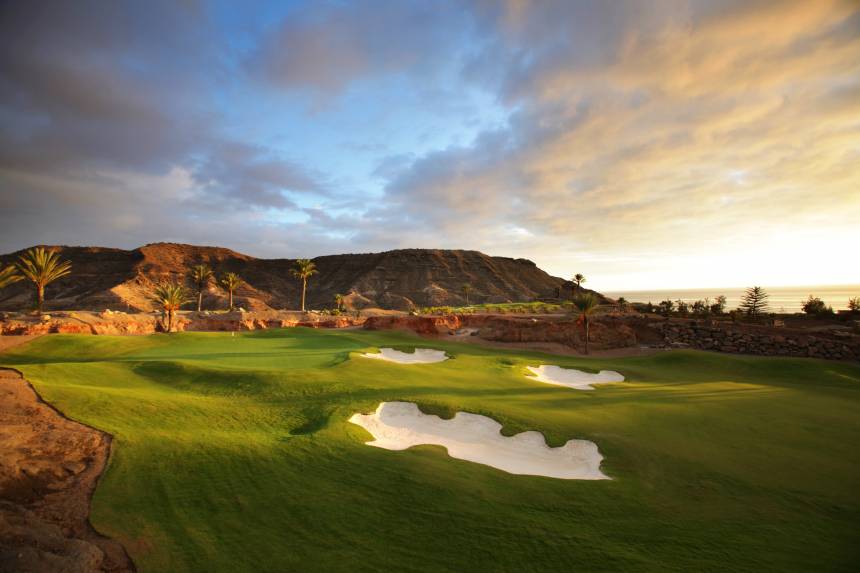 ANFI TAURO GOLF is situated in the south of Gran Canaria, in Tauro valley, in municipal of Mogán, in a natural rivine with magnificent views of the mountains and the sea, situated 40 metres above sea level.

The 9 holes also has other facilities, a magnificent driving range an area for chipping, a putting green and a practice bunker.

Both the courses have been designed by one of the ten most prestigious architects in the world the American designer Von Hagge known in the five continents. Von Hagge has designed more than a thousand golf courses worldwide, including Doral country club in Florida, La Costa resort and spa in California and Horai club in Japan.His job is recognised by his style, elegance and beauty. Von Hagge got the collaboration of his partners and colleagues Smelek and Baril being the last responsible for the projects in Europe.

Anfi Tauro golf course is a distinguish example with an excellent combination of the beautiful views and the course, creating a nice arquitectonic lines in each tee, fairway and green. The design of the golf courses is Arizona type, being one of the main characteristics the desert views combined with rocks and palm trees, and no rough.

Anfi Tauro golf also offers a golf academy and a club house, all this in a totall surface area of 650.000m2 approx.

18 holes par 72, competition course: The 18 holes golf course is Arizona type with 650.000m2 an is surrounded by the ravine of Tauro valley, where an abundant vegetation, palm trees, cactus, lakes and waterfalls makes every hole unique.

Apart from offer a high level of competition, Anfi Tauro Golf dispose different tees and an attractive game for all the handicaps. The philosophy of Von Hagge, Smelek and Baril design has been adopted in the construction of each course; and Anfi Tauro Golf is a clear example, where the majority of the players can use each club.

Anfi Tauro is characterised for the way it is integrated into the environment. The original shape of the valley is conserved with the geological formation hillside and volcanic mountains, and adapt the villas and bungalows to the zone to achieve a balance with the natural environment.

Anfi Tauro will have also a marina with 500 atraques and a nautical club which will be built next to the white sand beach imported from the Caribbean, and the shopping centre. 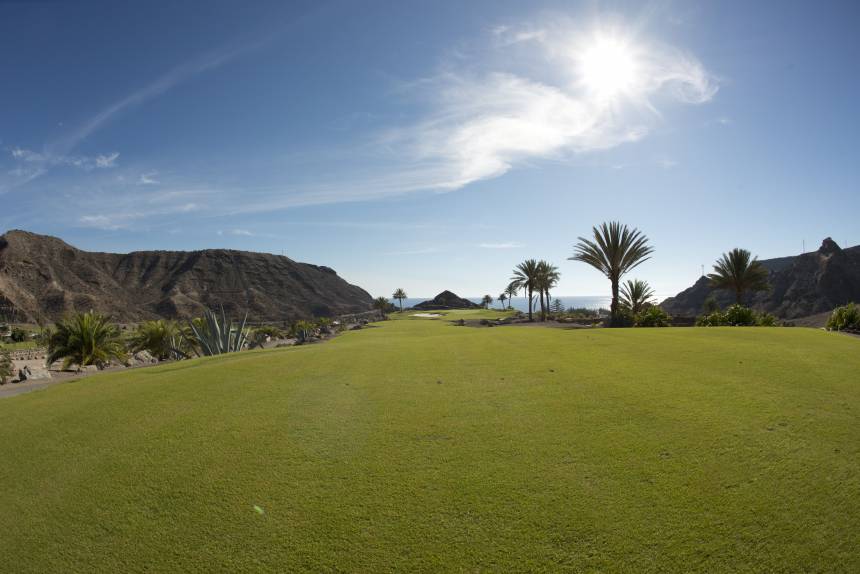 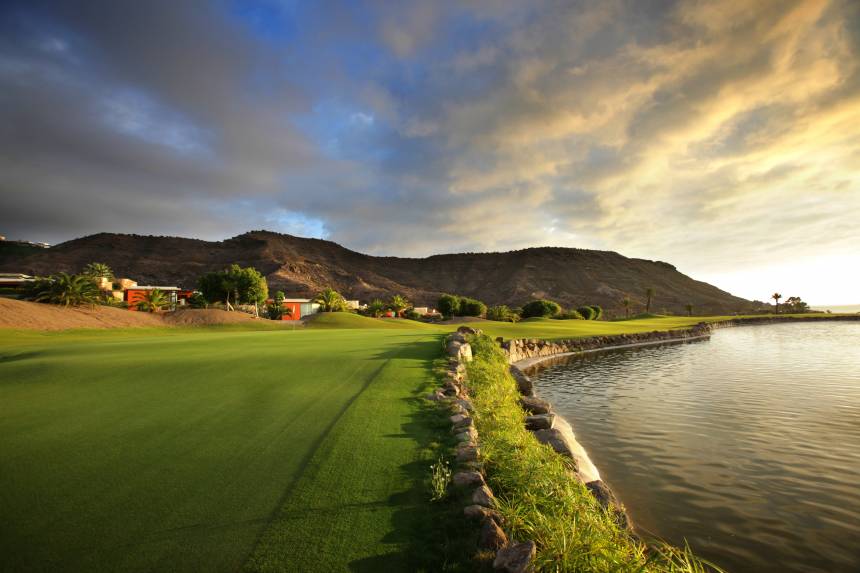 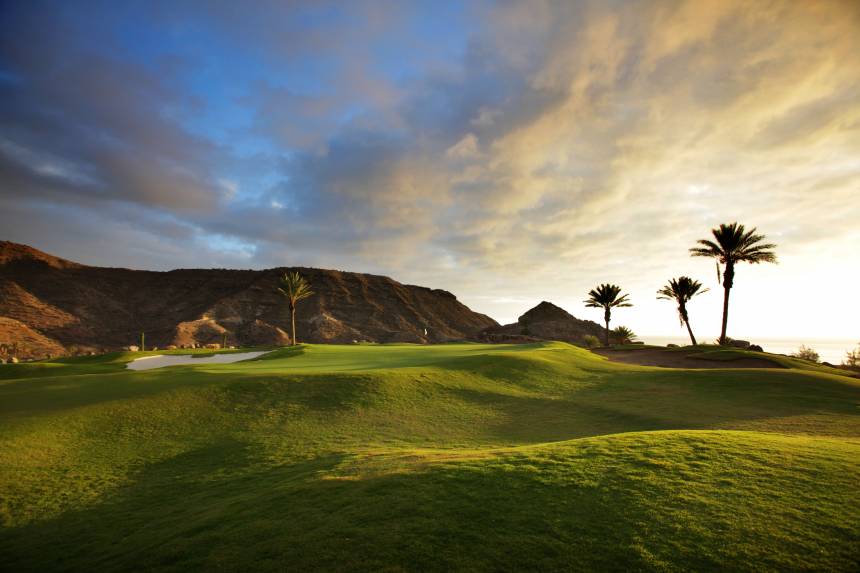 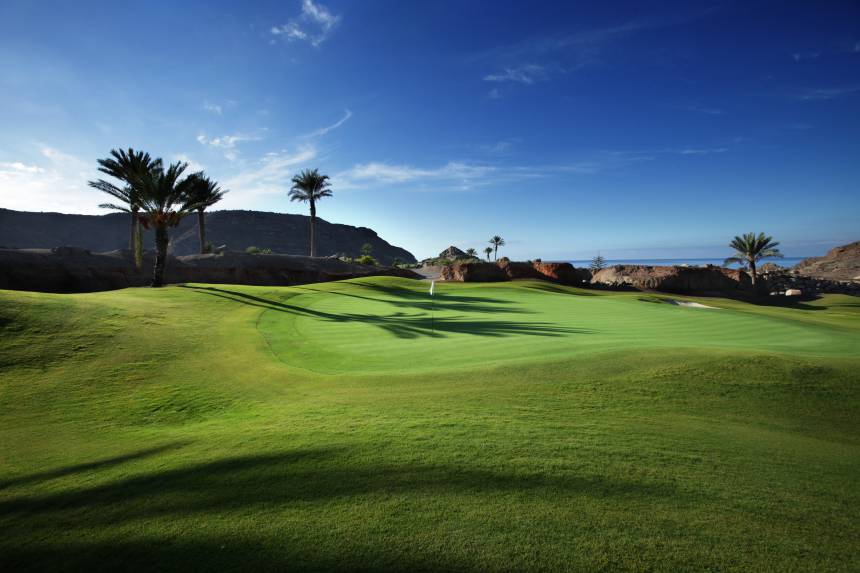 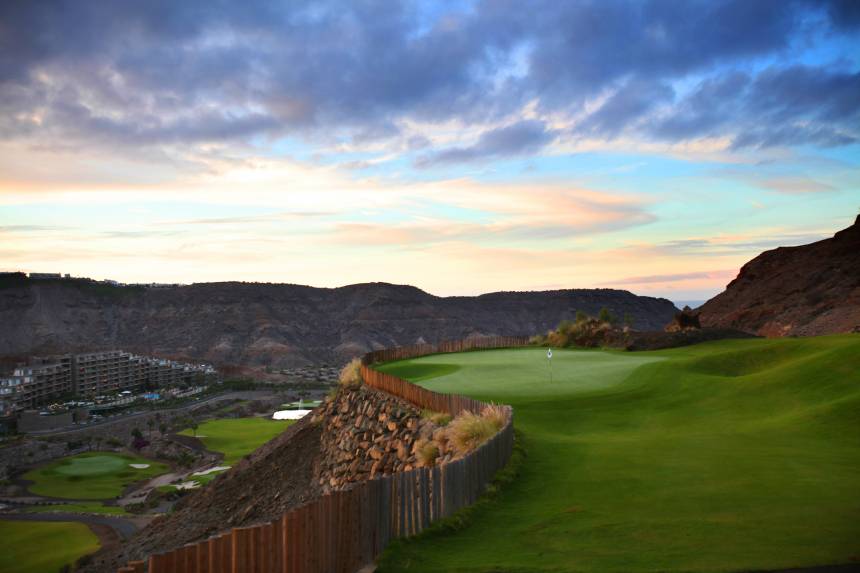 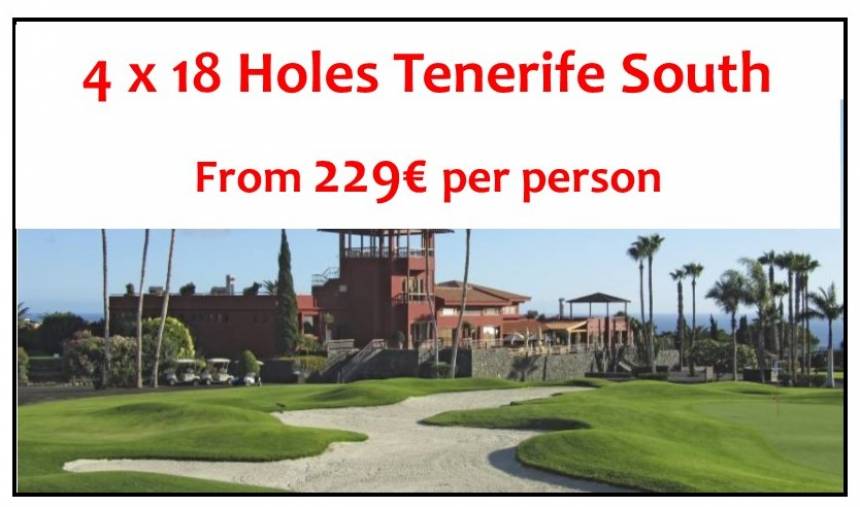